Changes to the status quo will often have unexpected and far-reaching results; so said Robert K Merton in his Law of Unintended Consequences back in 1936. 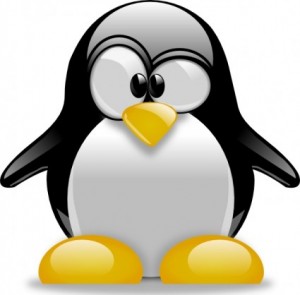 Changes that are made by governing bodies and organisers to complex structures are almost unavoidably likely to have an impact on uninvolved bystanders; such is the nature of any system.

Modern economists make frequent use of the law to explain how decisions at a governmental level have significant unintended consequences further down the food chain.

Examples of the law in practice include wind farms that actually harm the environment by killing birds. Laws used to promote green vehicles which with the help of an enterprising salesman resulted in free golf carts for businessmen, and the Australian law making cycle helmets mandatory that actually resulted in an increase in the risk of death and serious injury to cyclists.

So what does all of this have to do with Google?

In the search engine world, there’s little doubt about who makes the rules; and with its recent Penguin update, Google has left some innocent websites suffering in its campaign for good SEO practices.

Now of course there is some history here. There are many early examples of unintended consequences that have arisen from decisions and courses of action that Google have taken,

So Where Does The Penguin Update Fit In?

The Google Penguin update was introduced in April 2012 as a means of identifying and demoting websites that had previously benefitted from aggressive SEO techniques.

According to Matt Cutts (Head of Google’s WebSpam team), the update targeted ‘all those people who have sort of been doing, for lack of a better word, “over optimization” or “overly” doing their SEO, compared to the people who are just making great content and trying to make a fantastic site.’

To put it bluntly, it was designed to demote websites that appeared to be benefitting from undeserved backlinks.

The principles behind Penguin meant that it was welcomed by most web users. It would ensure that websites that engaged in link-spamming and other underhanded black-hat techniques would drop down the rankings. Google speculated that the first update would only have an impact on 3.1% of English search queries and 3% on searches made in the German, Chinese, and Arabic languages.

The Penguin Update was largely successful, resulting in the demotion of a hundreds of thousands of websites that had been ranking unfairly. Unfortunately it also affected some sites that hadn’t knowingly engaged in shady link-building practices.

For example, the specialist WordPress site WPMU.org was crushed by the update, dropping from 8,580 daily visits to a paltry 1,527 after it was introduced.

Despite the site’s owner, John Farmer claiming that there had been no keyword stuffing, link schemes or had any problems regarding quality. Matt Cutts came forward with the claim that the site had been penalised due to a few bad links pointing to it.

Largely it was felt that due to the nature of the site (a WordPress resource); there were bound to be links to the site indicating authorship and design of blogs often of a lower quality – links that were keyword heavy and in footers, blogrolls and often sitewide.

Even so, the damage had been done and it was left for WPMU to rebuild their rankings.

One major unintended consequence of the Google Panda Update was the ‘bad-by-association’ approach to some sites. If one site was penalised, sites associated with that site were shown to be affected negatively. In an online discussion Michael Martinez of SEO Theory said, ‘what they are seeing is a Cascade Effect where the websites that link to them suddenly lose value. So the real problem lies 1 or 2 tiers back. These are not false positives, although they are collateral damage.’ However we define this problem, it is clear that some websites have experienced a drop in traffic and money-earning potential through no fault of their own.

Some leading SEO experts have revealed that some more aggressive (and less-ethical) SEOs have posed as their rivals and petitioned sites with fake requests for the removal of perfectly good links. Such tactics have been adopted as a means of reducing competitor’s website rankings. Thankfully as yet this problem doesn’t seem to be widespread.

When fake emails aren’t enough, there have also been some reports of unscrupulous webmasters building spammy links to rival websites hoping to see them penalised as a result.

Even examples of blackmail threats made to websites with the threat of black-hat SEO and possible penalties.

Members of the specialist SEO Forum Traffic Planet revealed how devastating this tactic could be by test-targeting two websites with ScrapeBox blasts. This involved the creation of thousands of anchor-text based backlinks and resulted in a substantial ranking drop for the sites targeted.

The Traffic Planet case study was just one way of outlining the effects of a wide reaching problem. Danny Sullivan, the Editor in Chief of Search Engine Land pointed out that, ‘As for not accepting there’s no negative SEO, I’ve repeatedly said that it is possible … perhaps it [is] more viable now because it’s cheaper now. That’s exactly the opposite or refusing to accept that links could be cheaply and trivially pointed at any site. What remains unclear is how serious a threat it is to the vast majority of sites out there.’

The cautionary message here appears to be: as much as Google’s addressing of black-hat SEO may make for a quality content-driven user-experience, it’s by no means flawless. When in doubt, leave it out and play it safe.

All You Need to Know About Google Sitelinks and Mini Sitelinks