Google Sabotage: There is No Such Thing as Negative SEO. 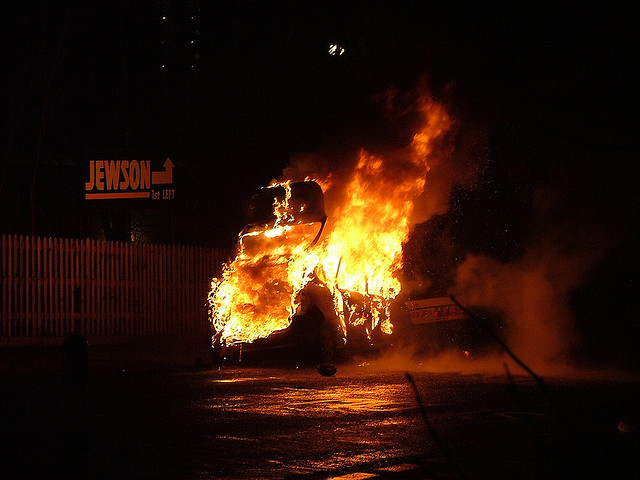 Google opened the floodgates of so called “negative SEO” or rather Google sabotage with so called “unnatural links” penalties and Penguin updates.

There are numerous ways by now that allow the competition to hurt your site in the results of the market-dominating search engine.

It’s really pitiful but I have to tell the world about it, especially as the search giant uses this situation to discredit the whole discipline of SEO as “negative”.

What is SEO? No idea? You’re not alone! 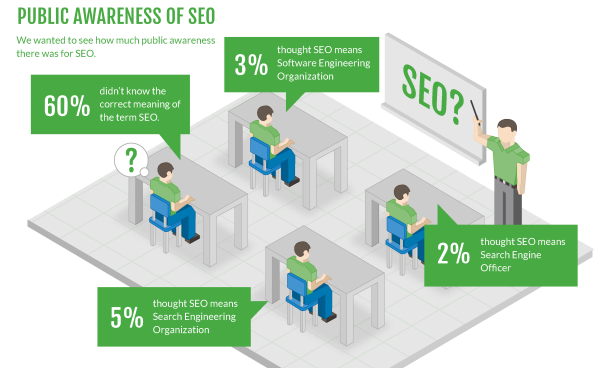 Studies from the US show that more than two thirds of average citizens do not even know what the acronym SEO means. Some even considered HTML to be a sexually transmitted disease.

“77% of respondents could not identify what SEO means.”

For those who know that it’s about Search Engine Optimisation the majority rather assumes that it’s about SPAM or at least “manipulating” of search engines. It comes as no surprise to these people that SEO is actually negative. It has never had a positive connotation to the majority in the first place.

Then there are the experts who read this blog and not only know what SEO is, but also practice it themselves without resorting to black magic. Even these specialists tend to repeat hearsay from others who tell them that links are unnatural or that SEO is negative.

Yes, most SEO practitioners even spread the word about how negative SEO is and try to prove that you can harm other websites in search results not only by links but also by other means. People oblivious to the topic who only scan such articles will only know one thing after consuming them: SEO is potentially dangerous.

There is no such thing as negative SEO like there is no hot ice or dry water. True, you can sabotage competing sites in Google in manifold ways but false, you can’t negatively optimise for search engines.

Either you optimise and improve or you don’t. You can’t improve negatively. So why are SEO experts using such a paradox (in linguistics it’s called an oxymoron)? Well, most of us also say “unnatural links” as if natural links would grow on trees organically.

True, the term “negative SEO” seems to exist at least since 2007 when Forbes wrote about it in an article called – understandably – The Saboteurs of Search. So unlike the other paradox term that is used to demean SEO and is commonly used by Google – “unnatural links” – this term seems to be an invention of some self-proclaimed SEOs.

I have never heard of them despite a decade of reading about SEO other than in that article. Remember that our industry has no rules on using the term. Everybody can say s/he’s an SEO and nobody can prevent them from doing so.

Barry Schwartz confirmed the existence of the term a day later on Search Engine Land. He was still using quotation marks to distance himself from the term “negative SEO” though.

You won’t believe what happened next! Well, what happened? Almost nothing. Most people forgot about it. Google bowling has been mentioned ever since here and there but nobody really cared. Why? It was marginal at best. Also it was much easier to truly optimise sites and build links instead of trying to hurt your competition on Google.

So how can you sabotage your competition?

I won’t explain in detail (for obvious reasons) how you can harm competing websites on Google but even the article from 2007 on Forbes already lists 7 of them. I didn’t even know some of the terms they used but I know, and can imagine even more tactics to hurt your competitors.

Google bowling or pointing SPAM links at your competition’s website is the most known and obvious one. It boomed ever since Google sends out warnings of “manual action” because of unnatural or artificial links by way of Google Webmaster Tools.

You don’t need a PhD to engage in such practices. Just reply to one of those numerous spam mails trying to sell you dozens, hundreds or thousands of links for a measly sum of a few dollars. It’s certainly cheaper than optimising your site the legit way.

Outing – Forbes introduces a widely used negative SEO techniques as tattling but by now it’s commonly referred to as outing. You have simply to catch your competition in the act of breaching the Google Webmaster Guidelines and report them in one way or the other.

You can snitch right away at Google or you simply tell the press so that they can raise enough hell so that Google has to act.

It works well, even in case of larger brands sometimes. Simply reporting paid links that lead to your competition might take a while or amount to nothing though. Of course you can combine buying links for Google Bowling and outing the competition then.

Google insulation – I’m not even sure that term has caught on but it’s about search result saturation. For example back in the days when I ranked #1 for the German phrase for search engine optimiser the largest economic weekly in Google.de other SEO practitioners got pissed off and started saturating the results with blog posts aiming to outrank me.

As it was just a niche and not that competitive before it worked after a while, especially as the huge number of leads from that magazine largely prevented me from optimising my site further. I also used this technique for a good cause once, to outrank spammers collectively with other bloggers.

This is not even clearly sabotage, it depends on the context and intent.

In essence you just optimise third party sites to outrank your competition, which is legitimate. This technique is often used in online reputation management campaigns aimed at subduing bad press about a brand or person.

Copyright Takedown Notices – You can make whole sites disappear wielding the Copyright axe. Major sites like WordPress.com, Tumblr or Blogger (owned by Google) won’t ask many questions but instead simply delete your whole blog because of one or two copyrighted images.

You can even buy rights for an image afterwards and claim it’s yours.

Even in case the site comes back up later, a few days being offline are enough to hit you severely in Google and make you seem unreliable for the foreseeable future which results in down-ranking a few spots. This might be enough for your competition to outrank you then.

Sometimes sites copying your content outrank you in Google as if they were the original and you are the copy.

Google doesn’t like to see the same content more than once in its search results so that copied content may quickly damage your site’s rankings. Even the BBC got a page specific penalty because of content scraped from their site by third parties.

The longer your site loads slowly or is down for good the more risky and unreliable you look to Google. By now Google can react quickly and show alternative sites even based on temporary high loading times. After all Google does not want make people to wait.

Hacking – Website hacking – in the sense of wrecking your site with malicious intent – as in infecting sites with malware may lead to getting blocked by Google. Sometimes Google will downright warn users from entering your site saying “this site may be hacked” right in the search results. When your site is down or infected for a longer time it might disappear from the radar altogether. Just like DoS attacks the hacking effectively damages your algorithmic reputation.

Spamming – Google does not value sites that seem to be abandoned because they have a lot of SPAM comments or forum entries for example. So you can harm a site by literally spamming them using comment spam bots.

You can simply invite SPAM comment by solely covering a topic that is often associated with SPAM. So in case you mention gambling, generic pharmaceuticals or NSFW topics you can bet that spammers will find you automatically and insert their comments.

The Fire this Time

That’s it for now. There are more techniques to sabotage sites in Google. I won’t mention all of them. I already feel bad about telling you so many. Most of them have been in the original Forbes article from 2007 so I didn’t start the fire.

There needs to be a public awareness of the current state of affairs on Google.

It’s not fun and Google can fix it with ease. Instead of labelling SEO as negative you rather need to call out Google for it. Why do they penalise websites for third party actions those sites have often no control of? Why penalise the victim for sabotage?