How to X-Ray Your Competition’s Backlink Profile to Steal Their Links. 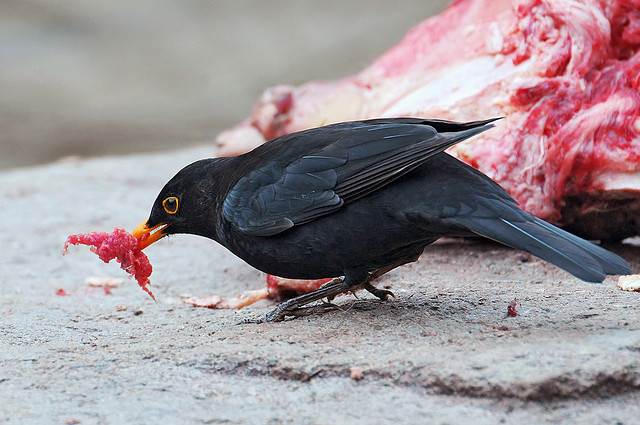 Even in 2015 Google still ranks websites mostly by counting and judging the incoming links pointing at them.

Not much has changed at the core of the link-based algorithm in the last decade or so.

Thus it can be very useful to determine who is linking to competing sites to literally copy or even steal their links. There are both simple and advanced online tools that will assist you with that task.

In my first post on how to x-ray the competition’s backlink profiles I took my blog as an example and used a simple tool, the free version of Moz’s Open Site Explorer to show how a competitive link audit using common sense could work. OSE will show you all links to a site and you just need to apply some common sense and SEO knowledge to find the gems you can copy.

For those who don’t see why a given link is better than another one, or do not spot the most successful articles easily there are other tools that can facilitate that.

Ahrefs, a company I have worked as blogger until recently – offers a set of new tools in its site explorer to check the most popular content on a site. The popularity can be assessed based on the number of shares and links in general or even based on traction on a specific social site (like Facebook or Twitter).

A handful of links analyzed for free

In the free version Ahrefs will only show you the top 5 results but that already is sufficient to show you some of the most important insights. When I look at my blog is already offers crucial data you can build upon. By changing the sorting priority (from Facebook to links for example) you can also see different pages on top so that the number of popular articles you can view grows.

In case you want to do such a competition audit more than occasionally you should of course consider using a premium plan.

For a start the information provided at no cost will guide you with enough actionable data points to begin copying your competitor’s strategy. You will soon “exceed the limit” in case yo want to test more than one site though. My own blog strategy is erratic at best but viewed with this tool it seems to make sense after all.

Depending on how you try to measure popularity you get completely different results. For example based on backlinks certain pages might appear popular that did not get much traction on social media.

The mostly adult female audience of Pinterest craves visual content so that my blog can only occasionally get some attention there due to the images I use to illustrate my posts. Content that works on social media even without the visuals does not necessarily draw links either.

Also different social sites get used to spread different content. Facebook where we usually connect with family and real life friends is for example less useful for spreading content about work related topics.

That’s a metric that looks for the content that was equally shared all over the Web. It’s pretty accurate. #1 or “SEO vs SEO 2.0” is my all time most popular post I think. It has been translated into numerous languages including truly exotic ones and has been shared over the years continuously.

#2 or “SEO has Evolved” has been widely shared by industry peers and even influencers this year. It has also been linked to by other blogs. The evolution of SEO as I explained it there has been obviously apparent to other insiders as well. When writing I didn’t even know whether it made sense so I was glad it did.

#3 or “Guest Post by Matt Cutts” has worked the other way around. I assumed it was evident that it’s a satirical blow to Matt Cutts and his condescending approach to bloggers. Most people assumed it was a real guest post by Matt though. I even started feeling like a liar. So the word spread on social media even without me promoting it.

#4 or “Content Strategy Mistakes” became popular because it covered content started when it was a fairly trendy but not yet much covered topic. The mistakes I covered were easy to agree on in most cases so that other content creators could also relate.

#5 or “Connecting People” has been successful on social media because I actively reached out to other connectors in the post itself. As connectors are the true driving force of the social Web the post has been spread quickly through them. Also the positive empowering message did strike a chord with many people I assume.

Improve and reach out

We have five articles here that have become popular for different reasons. The “SEO vs SEO 2.0” comparison has been dealing with a true paradigm shift in the most scannable way.

Add something of value and reach out. While you could think that’s it impossible to copy the links or success stemming from it I have seen similar comparisons ever since, some of them even based on my own list, an infographic for example.

from all over the world and tell the that you have created an infographic about it. On the other hand the translations are several years old in many cases so it’s questionable whether the bloggers are still interested n the topic.

The “SEO has Evolved” post is recent in comparison. I have published it at the beginning of 2015. I didn’t have a lot of time to elaborate on popularization yet but again you could even make an infographic based on my input and contact the people who already have shared or linked to my original post.

Just write me a message and we can do it. In case you don’t want to cooperate with me you can still summarize on video, translate it or express your won take on popularization to get some exposure from the same people including me most probably. You can also apply this to any topic. The evolution of the music industry or fashion or even food consumption could be prefect topics.

Ridicule those in power

Satire works well in many cases. It works best when applied to very powerful people who are beyond reach of criticism. Matt Cutts and the other Google overlords decide about the fate of millions of small businesses worldwide yet there is no democratic oversight over an institution that governs the access to online content according to its own secret rules.

Decrying guest blogging as spam was a typical top down measure designed to hit “the little guy”.

That’s why many outraged bloggers shared my post to show that nobody is without sin. My satirical post is based on a real guest post by Matt Cutts. It’s truer that the real truth in a way. The only thing satirical is that I’m not Matt Cutts. It exposes his hypocrisy very well though.

Just like with the other posts you can copy the writing technique and the person who gets ridiculed. Matt Cutts is “on permanent leave” as quitting is called these days at Google so he may not be a good target anymore.

Google is still or even more the source of frustration for millions of webmasters (who are now rather search slaves these days).

Just find the right time side with the underdog. Many people with thank you for that especially as most others will take sides for Google as if the multibillion dollar corporation couldn’t take care of itself.

x
Please reload this page to remove this fram

x
Please reload this page to remove this fra

Unorthodox Practices to Get Attention

How to Let Your Dog Create Unique Headlines for You