Is Video a useful SEO tool?. 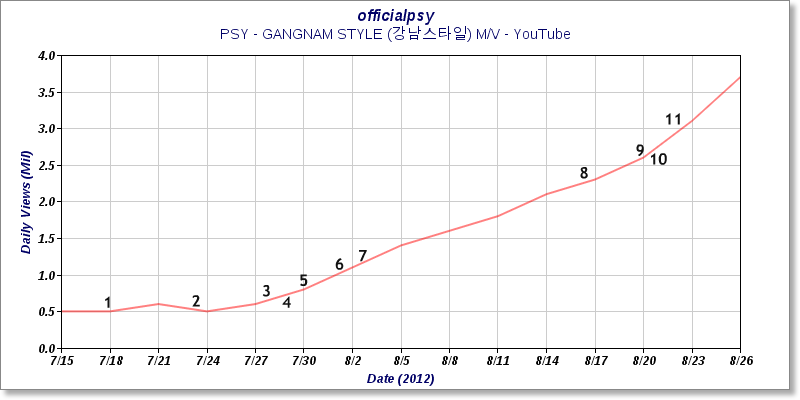 Is Video a useful SEO tool?

Nearly 4 years ago, Nate Elliot made the groundbreaking claim that properly and strategically indexed video pages are 50 times more likely to appear on the first page of search results than their text-based cousins. Why? There were simply fewer videos than web pages. Brands and video-makers who took the time to index their videos were living the page rank dream.

But that was 4 years ago. Michael Jackson was still with us and some 113,529,600 hours of video had yet to be uploaded. So is video still the unsung secret hero of an SEO’s arsenal?

Honestly, there is no simple answer. Video can help you, but how you choose to use it depends on how it will help. Most of the time your video decisions will require you to choose between supporting your brand and increasing traffic to your site.

Treated with spruce and correct SEO techniques, there’s no reason a decent YouTube or Vimeo video can’t draw traffic. But the traffic won’t be going to your site, it will be going to the video hosting site. This can be an excellent way to increase awareness of your brand, but remember: Search Engines don’t watch videos! The written-side-of-things is your ally. Treat the text the same way you would treat any SEO post. Keep the title and description keyword-heavy and utilise tags for maximum keyword coverage.

Hosting or Embedding: The Big Debate

So should you host the videos on YouTube or your own server? As we’ve already established, and as with anything else in the big bad world of SEO, it’s a tug of war. YouTube is certainly more straightforward and more searchable, but even embedded on your site, the YouTube page will be raking in the traffic and any links to your video will be links to YouTube. Self-Hosting on your own servers or a cloud service like AmazonS3 can give you greater customisability and video protection, but perhaps less exposure to a passive audience. I would say if your site has better domain authority than YouTube (it doesn’t); or if you’re confident in your video’s ability to go viral, then by all means host on your site. If not, build your reputation first with your own YouTube channel.

It’s also worth mentioning that if you do decided to host your own video content and if you do expect it to go viral that you make sure that your  hosting provider can handle the traffic and that you can handle any extra potential charges.

The notion that you’ll lose out on exposure by hosting on YouTube is a myth. Ultimately, as long as you provide Google with a well-made Video XML Sitemap, it shouldn’t matter too much. Google can spider the video and you won’t miss out on any due traffic. Not all video hosting sites provide this service (YouTube does), but take a look here for a fairly comprehensive guide on How-To. Also make sure you provide a link to your site in the YouTube description! It won’t count for much in terms of backlinking, but it will encourage viewers to visit your site.

How do I make my video popular?

Now all you have to do is make your video go viral. ‘What makes a video go viral?’ you ask? Other than promotion through your social media, I would say originality and unexpectedness are key. Whether it’s babies rollerskating to promote Evian, or pandas increasing their chance of extinction by scaring each other with sneezes; originality and cuteness reign supreme.

Heroes and Zeroes of Viral Campaigns

Everyone on earth, Mars and The Moon tuned in to the Kony 2012 video on its release. Its success was down to its emotive nature and high production values. Its failure was in its shady backing and a one-man nude march by its creator.

Reebok released a pair of videos to support their ‘I am what I am’ campaign featuring notorious rapper 50 cent. One was a 30 second montage of news stories discussing Fiddy being shot 9 times interspersed with the man himself sitting in a flooded warehouse, ominously counting to 9.

The video was pulled by Reebok amid concerns from anti-gun groups.

A sister video was released featuring the same man spending time with his son and discussing his emotional rags to riches story.

It’s a genuinely moving video, but compared to its violence-focussed equivalent has garnered little attention on YouTube. The moral of the story: Be Controversial. (But not so controversial you blow the whole multi-million dollar campaign).

So what do I do now?

You need to find a video that’s right for your business. Popular types include ‘How to…’ and ‘Tricks and Tips’ videos. What little-known industry facts can you share on the web to bring traffic to your site? Make a YouTube channel for your company and start sharing your passion with the world. But make sure you follow the tips above! Alternatively, you could take the creative approach. Looking at viral hits such as Rebecca Black’s Friday, Psy’s Gangnam Style, Singing Cats, Talking Dogs and Children acting Childish; I would propose a video of a baby performing dressage on an Alsatian to a synth-pop accompaniment would be the perfect video to support any brand.

Webmasters! Top Reasons You Should Upgrade to Windows 8