The story reports on some changes in the codes guiding TV and radio advertising, and one significant change will be that charities will be allowed to run adverts comparing themselves against another charity. 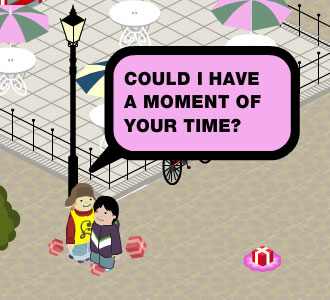 I believe it is unlikely that this kind of advertising will go out during prime time TV, or drive time radio; it is too expensive and finger pointing in the middle of Coronation Street isn’t the best way to open up the nation’s purses and wallets.

I do think though that the temptation to run comparative adverts during day time TV will be  irresistible to some young up and coming marketing manager.  The cheaper costs would be quite a lure, and let’s face it, day time advertising is really boring.

Where I see the some real change happening is in the search market, and given that Google has relaxed its stance on bidding for brand names, we can expect to see a whole raft of guerrilla style PPC campaigns such as “Donations to us go to good causes, not to fund new offices” or “We’re better as we don’t use chuggers” triggered by searches for charity names.

The meta description section of HTML code will become the marketing manager’s secret weapon, and will be “optimised” to within an inch of its life with remarks the activities of other charities alongside traditional calls to action.

The meta description content does not appear on the pages visitors browse, and is only ever seen as a summary of the page in natural search results.  Where better to put some unsettling comments and inconvenient truths about charities competing for the hearts and minds of the donating public?

Any bets on which charity will be the first to step up?

SEO In Pictures - Our SEO Infographic