Good Guy Google – Nine Awesome Things Google Have Done That You Didn’t Even Know About.

Love them or hate them, almost all of us these days use Google as our default search engine, and for increasingly other services beyond that, from email to analytics, document storage to translation. Some strange few even use their social media offerings.

But are Google ‘good’ as a company? There is plenty of deserved criticism surrounding privacy and tax avoidance amongst other things. supposedly Google still work on the simple premise of ‘Don’t be evil’, although many would claim that this ethos went out of the window a long time ago. Even Eric Schmidt has since come out and said that the claim was stupid.

However, Google do do a lot of ‘good’. Here are ten of the best examples of ‘good guy Google’, and of the search engine giant doing things that, while not driving their profits higher, help to benefit – potentially – all of mankind. And no, this isn’t a paid Google post..

Google.org is perhaps the best example of Google doing good, as it exists purely to develop technology with a positive social impact. 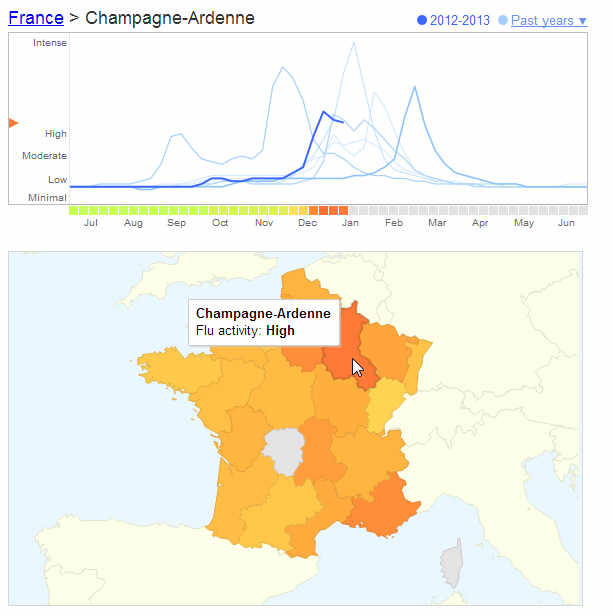 Projects range from Google’s role in advertising and coordinating crisis response efforts, to heavily subsidised (or free) versions of Google’s commercial products for use by non-profit organisations.

Most impressive of all, however, are the Dengue and Flu Trends services, which detect the earliest indications of an outbreak of flu or dengue fever based on the number of people searching for symptoms and treatments.

These can predict epidemics even before doctors have noticed a significant increase in patients presenting with the relevant symptoms, allowing production of the right medicines and vaccines to be scaled up in preparation.

Search for ‘suicide‘ and you might expect the usual helplines and support services for your country or location to be among the top results anyway.

However, Google go further than that – in the UK, you’ll receive a specific message (which, admittedly, still appears below rather than above the sponsored links) telling you to call the Samaritans for help.

In the US, you’ll be presented with an equivalent message for the National Suicide Prevention Lifeline, while in either country, the organic and sponsored results alike are packed with organisations who can offer advice and support to those going through troubled times.

Perhaps more than any other big brand, Google work to open doors – figuratively speaking – in developing countries, in order to give people there access to information on as much a free a basis as possible.

The company itself is physically present in over 60 countries worldwide, and the majority of its search results are served to non-US customers.

Google Search itself is available in over 130 different languages, while Google Translate translations can be manually improved by international readers to give a better version of the text than is possible through automated translation.

This is helping to make every web page – regardless of its original language – accessible to web users worldwide, putting all countries and nationalities on a level footing in terms of their access to knowledge and information. 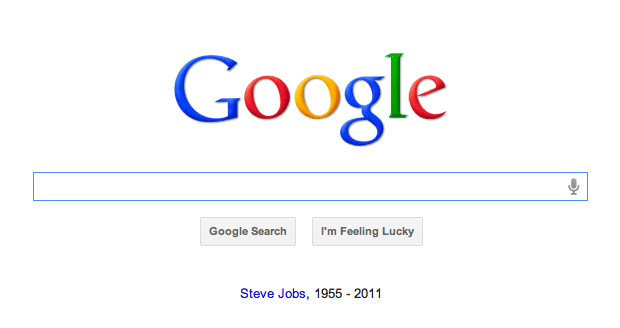 When Google’s homepage logo changed to a ‘Doodle’ – originally a stylised version of the logo that paid homage to a famous person born on that date, or some other such achievement – it used to be big news.

These days, Google Doodles appear much more often, and are much more complex, often involving some kind of game or other interaction.

However, they also serve to raise awareness of scientific achievements, independence days and cultural celebrations, helping to unite people all over the world every time they make a search.

In rare instances, Google will also add a text message below the main search box on their homepage – they did this, for example, as a mark of respect to Apple innovator Steve Jobs upon his death – and this is a further means by which they can raise awareness, as well as showing a little of their human side on what is otherwise a sleek corporate homepage.

The Return of Authorship

It’s worth taking a moment to look at some of the more recent ‘good things’ Google have done specifically for the way the web works.

For instance, since introducing their own Google+ social network, Google have made it possible for authors to effectively connect their work directly with their Google+ profile.

This in turn allows seasoned professionals to be given added significance in the search results by placing their author image alongside their work.

The web has often been portrayed as the enemy of traditional journalism, with print news publications finding it difficult to compete with real-time ‘news’ via social networks, and to maintain editorial standards in the face of bloggers who are often not subjected to the same levels of scrutiny on grammar and spelling.

In February 2013 though, Google took the first plainly visible steps towards overcoming that (outside of simply carefully selecting the sources of content that are included in the Google News search index).

A total of eight students from 2,300 applicants were selected for fellowships at seven different organisations with links to journalism, from research centres and training facilities, to action groups that aim to protect investigative journalists while they carry out real-world research.

The response to the scheme was so great, Google had to extend the application review period by a full week, and received an application every two minutes on the last day of the deadline; the chosen students will also spend a week working at Google, and learn about how the worlds of journalism and technology can overlap in the years to come.

Each year, on Safer Internet Day, Google make efforts to raise public awareness of online security – particularly among those users who might not be so experienced at using computers or searching from smartphone handsets.

The brand’s commitment to security is built into its products – Google Chrome automatically updates to apply any new security patches, while both Google Search and Gmail transmit data only via encrypted connections.

But its public awareness efforts go beyond automation, encouraging best practices among human users of its services, and of the kinds of technology on which those services are delivered.

In 2013, for instance, the Safer Internet Day campaign from Google focused on issues like locking and password-protecting PCs, laptops and mobile phones, to prevent unauthorised access.

In December 2012, Google made two announcements with close links to Christmas – one of which was a frivolous bit of fun, while the other was a major archaeological advance. 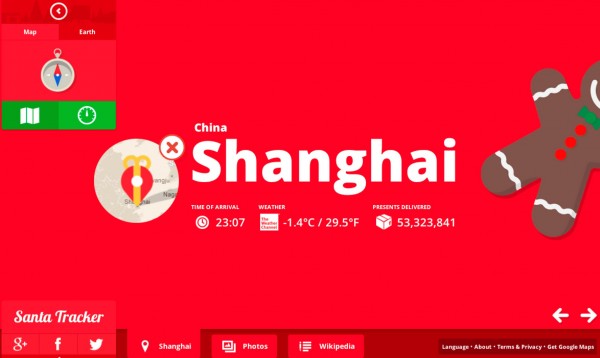 Once again, the search engine ran its annual ‘Santa Tracker’ service, giving people worldwide the ability to “see where Santa’s headed next” on services like Google Earth, and on devices ranging from PCs and laptops with the Chrome browser installed, to Android-powered mobile devices.

Around the same time, Google unveiled the further digitisation of the Dead Sea Scrolls, putting 5,000 images of the scrolls online, and with detailed information for 900 individual manuscripts.

Google provided the storage for the data – which includes colour images at 1,215 dpi resolution, along with infrared scans – and added supporting information through Google Maps, their own imaging technologies, and even YouTube integration.

Whatever your religious beliefs (and that extends to non-religious beliefs like atheism too), Google strive to cater for cultures and communities of all kinds through these kinds of projects, whether they are academic in nature, or simply a fun way to celebrate an important date on the calendar. 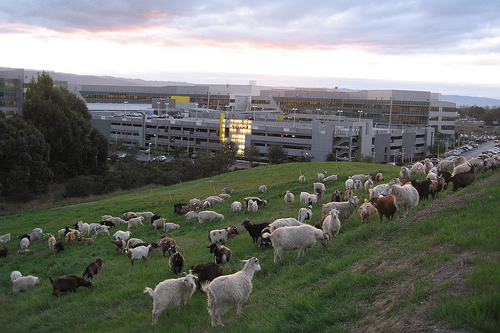 In 2009, Google stopped using noisy, air-polluting lawnmowers to clear the grass and brush from the hills around their Mountain View headquarters (a necessary task to reduce the risk of a grass fire close to the building).

They instead hired a herd of goats to come and eat their way across the hillside, clearing vegetation as they went.

‘Mowing’ using goats takes the company about a week each summer, and has the dual benefits of reducing carbon emissions while also naturally fertilising the land – and for approximately the same cost as using petrol-powered industrial mowers.