Twitter can seem like an alien world to people who have never used it; 140 characters of plain text per tweet, so how can you get anything out of it that’s actually useful?

Well of course, it’s more than just plain text, with hashtags, hyperlinks, and an increasing choice of multimedia formats.

Embedded images were among the first supported media types, Twitter’s own Vine application adds the possibility of videos (albeit only six seconds long) and Audio Cards extend the media types to include streaming audio.

So how can you capitalise on the wealth of possibilities put forward by the microblogging platform?

Outreach is one of the key uses for Twitter, with a fundamentally public audience – more than on any other social network, it’s possible to reach Twitter users who do not actually follow you yet.

The benefit of this is simple: it maximises your potential audience and allows you to build your customer base by reaching people who might otherwise have never heard of your brand.

A potential downside is that you will need to invest quite a lot of time and energy into tweeting if your profile is going to look active and approachable to people who are unfamiliar with your company, but it should be worth it for the final payoff.

Focus your efforts by joining in with an active hashtag in your industry area, or your geographical area: good examples of both include #journorequest for PR and journalism professionals, and #NorthWestHour for firms based in the region.

Focus on developing a list of bloggers and journalists in your industry and monitor their requests and interact with them.

One of the best uses for Twitter is customer service – the ability to quickly respond to queries, and to acknowledge comments that wouldn’t ordinarily warrant a full reply.

It’s a platform on which people often ask the little things that can keep them interested in your brand, but which they would be unlikely to go to the trouble of contacting a Tech Support email address for.

Good examples of this include telecoms firms such as Virgin Media, whose account is almost solely used for customer support.

And within their recent tweets, a particularly fine example of how Twitter can allow you to tweak your tone of voice is a thread from a customer who opened his enquiry with: “What’s occurin’ gorgeous?” 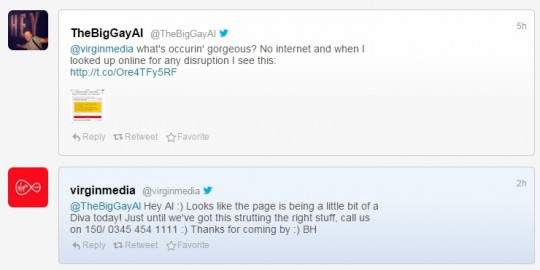 Virgin Media’s response blamed his issue on their web page being “a little bit of a diva”, a great example of replying to the customer in their own terms, and of how the social aspects of Twitter can keep things light, even when people are experiencing problems.

Just be careful if you are taking this approach – some people will feel you are not taking them seriously enough, so be certain that you only adopt a light-hearted tone of voice to those customers who used one in their own enquiry.

Perhaps the best example of using Twitter for positive PR occurred on the day when Google unwittingly started displaying a parody of the bakery chain Greggs’ logo in search results.

The logo appeared in Google’s summary box of facts about Greggs on related search pages, and said the bakers had been “providing s**t to scum for over 70 years”.

Greggs responded in good humour, tweeting a photograph of their donuts to Google and adding: “Fix it and they’re yours!” 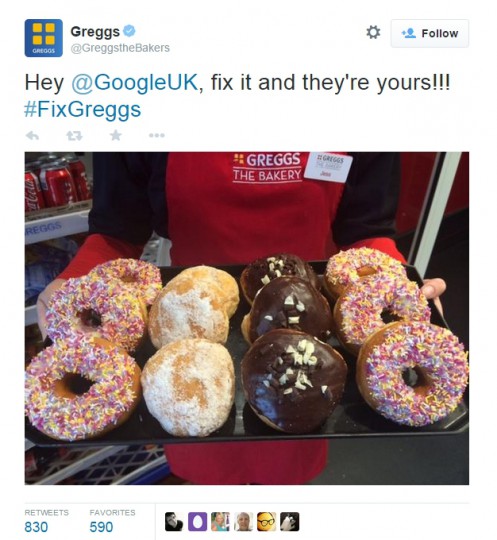 Soon after, another photograph followed, this time of the Google logo spelled out in sausage rolls, and a suggestion that Google might use it as their Doodle for the following day.

OK, so that may have been a rather audacious suggestion – but Greggs got near-universal positive feedback on the stunt, with Twitter user Claire Dauria calling it “the best pastry-based social media bants ever“.

The best example of a Twitter PR campaign that backfired is probably MasterCard’s #PricelessSurprises hashtag.

As a campaign itself – giving people the surprise of a lifetime – it was not badly conceived, but MasterCard famously tried to force journalists at the Brit Awards 2014 to use the hashtag, whether they wanted to or not.

The response was outrage from the journos and from Twitter users in general, and while the campaign definitely got the company’s brand name in the headlines, it was for the wrong reasons.

Be careful when using Twitter – or any social network – for PR, and remember that a little self-deprecation goes a long way online, whereas trying to force your brand on to people will always be met with hostility in return.

Building a brand on any platform can be a challenge, but on Twitter the expectations are a little different, and small businesses in particular can often gain a substantial following by allowing their personality to shine through – perhaps because they tend to be a little more modest than the big brands, and don’t make the same mistakes.

A good example of this is Alyssa Smith, an award-winning jeweller who has picked up several celebrity customers and is a regular tweeter. 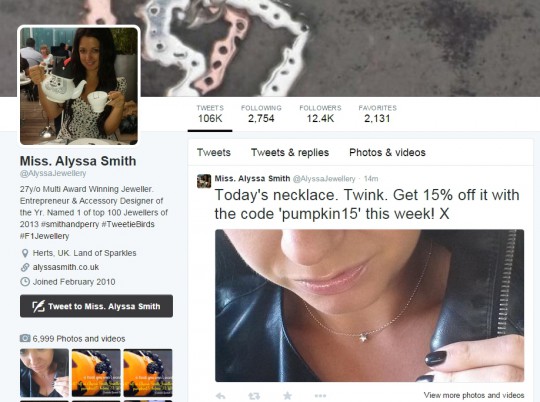 With an approved charity range of Formula 1 jewellery and appearances in print and on Channel 4 News – not to mention gracing the back end of a bus as a poster girl for her university – Alyssa is a shining example of how Twitter can help transform an individual or small firm into a fully fledged brand.

She is friendly and approachable, replies regularly to all of her customers and brand advocates, and strikes just the right balance with tweets about new product launches and special offers.

Again, it’s not always easy to do this, so don’t assume that it is, but the massive public audience and easy access to celebrities and media outlets makes Twitter a great tool for the job.

All You Need to Know About Google Sitelinks and Mini Sitelinks

The Growth of Mobile eCommerce Payments