WordPress, Drupal, Ghost? The Best CMS for Each Use Case. 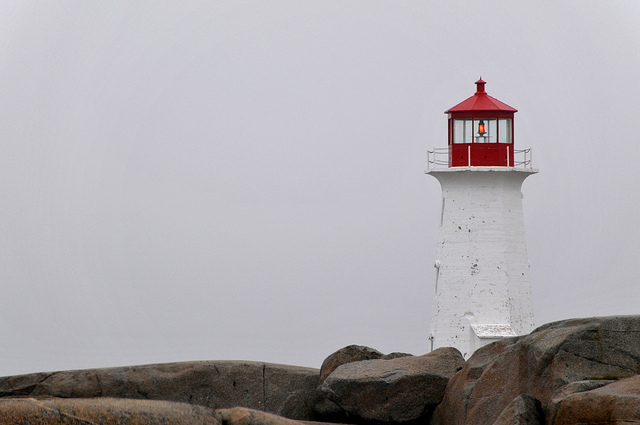 What is the best CMS (Content Management System)? There is no simple answer to this question.

Depending on who you are and what you want to achieve the best CMS will be different in each use case.

What are the best use cases for

and other tools besides blogging? 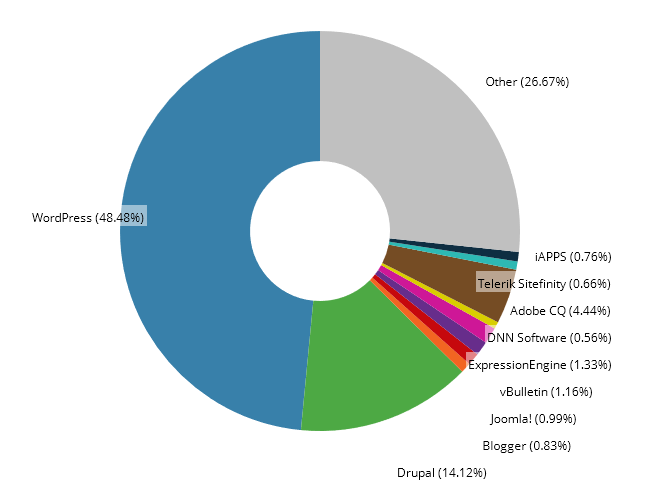 Let’s assume that you already know what a CMS is and why you need one by now. The next step is to establish which software is the best for you. Judging from the chart above which shows the global market shares of different platforms WordPress is the most popular choice by a wide margin.

Roughly half of the market is dominated by WordPress, the open source publishing platform that once started as blogging tool more than a decade ago based on BuiltWith data. It also runs almost one fifth of all websites on the Web according to sources.

Drupal is for popular sites

BuiltWith seems not only to take into account the sheer number of installations but also the actual popularity of the sites using particular CMS tools. This way Drupal is much more popular than Joomla simply because it powers many more of the most traffic-heavy sites on the Web than the latter.

In case you wonder what sites I mean (or you doubt it’s even true because you can’t remember seeing a Drupal-based site) just think of POTUS. Yes, the President Of The Unites States runs Whitehouse.gov on Drupal. That’s a major milestone for the open source community as a whole.

It’s not just Obama who values Drupal, leading universities both in the US and UK use it as well:

among other large and prominent organizations and companies. There are not just important sites that use Drupal but also some cool ones that sport a great design. There are many reasons to use Drupal but even its supporters admit it’s not as easy to handle as WordPress. It’s rather a tool for web developers not for beginners.

BuiltWith also considers not just self-hosted solutions like WordPress or Drupal but also third party run tools like Blogger which has been owned by Google for more than a decade. Despite Google’s market dominance elsewhere – just think search, video hosting, mail hosting – Blogger is a barely a blip on the map.

Blogger has apparently lost. WordPress – both the self-hosted one and the direct competition of Blogger at WordPress.com – are seemingly everywhere. I wondered whether there really are large scale sites at the enterprise level that use WP as well.  Yes and no. While you will quickly find out that WordPress is used by the likes of Ebay and the New York Times, you’ll notice that WP is not powering their main sites but only adjacent blogs.

Sure, there are many reasons to use WordPress and I admit that I use it for at three blogs myself (even this is a WordPress blog), but it seems that the general consensus is WordPress is not geared towards large sites. Yet while using WordPress for a decade I nevertheless was quite tempted to try Ghost, a relatively new open source CMS meant just for “blogging” as the makers claim themselves.

Looking at the marketshare chart above you won’t even find a mention of Ghost. Why bother then? Well, it was the first big attempt to launch a CMS with much fanfare in several years. At least I haven’t noticed another one as someone slightly interested in web dev and tech matters in general. Thus any other hype wasn’t substantial enough to reach me let alone the wider public.

Of course I checked out the Ghost site even before the official launch of the software. Sadly I was disappointed. One of the main aspects of blogging wasn’t even included in the feature list of the tool: commenting. Ghost – just like Tumblr – only allows third party tools like Disqus to manage your comments for you. There is no built-in commenting option within Ghost so far.

Ghost is clearly a self-hosted alternative to blogging tools like Tumblr or Medium. In case you are scared of SPAM and would run with a third party comment system like Disqus anyway Ghost may be a good option. Ghost also offers a hosted version of their blogging tool. They recently even left the increasingly surveillance-oriented UK to ensure their user’s privacy in a politically liberal country in mainland Europe.

Popular blogs use WordPress and… Drupal

When you view blogging as your personal stage where interruptions from the audience or bot comments are an annoyance Ghost is even more an ideal choice. Of course WordPress always gets targeted first.

Whenever hackers attempt to break into your site and corrupt it, with WordPress they have the largest possible number of potentially attractive victims.

Why? It’s because that’s where the meat is. Most popular blogs use WordPress as these stats from 2013 already show:

This was before Ghost. We can’t compare to current data because Technorati has given up on tracking blogging trends. They have a completely new business model now. #3 is interesting though. Drupal powered already 7% of the most popular blogs back then. That’s more than MovableType and TypePad – two widely used platforms from the early years of blogging.

As you have probably noticed in the market share chart above #3 is a proprietary tool by Adobe and at #4 comes ExpressionEngine which also a self-hosted open source CMS you can control yourself completely.

I like to peruse web design galleries and portfolios and I quite often encounter ExpressionEngine based sites these days. EE seems to be a versatile and powerful content management system for complex use cases while still offering ease of use for the average webmaster.