How to Let Your Dog Create Unique Headlines for You. 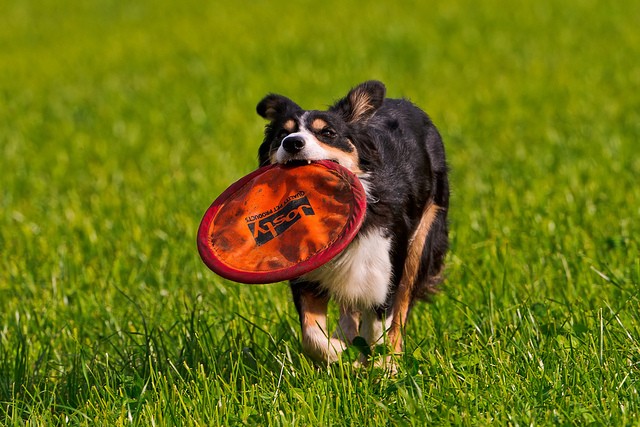 The Web is full of “me too” content using the same headline formulas. The single most significant aspect of successful headlines is their uniqueness though.

People do not want to read again what they know already.

They do only for very specific reasons (to confirm opinions). In most cases you need to stir curiosity by offering something new others haven’t expressed in the same way before. Even a dog can help.

As a dog owner I struggled initially to make time for blogging. A puppy needs constant attention if you know what I mean. Also it’s not just all cute and fun. I left the house at least a 12 times a day (and night). While being inside I kept cleaning the floor like some 24/7 facility manager.

I almost went crazy back in the days.

I had to reorganize my whole routine and reconsider a lot of lifestyle choices. It also made me a lot healthier in the long run or rather walk. Now that my dog is an adult for a few years it’s a whole different story. I enjoy walking the dog three times a day. I also am pretty fond of other activities.

My dog can do parkour (run an obstacle course) and play Frisbee. It’s a Border Collie mix. Border Collies are well known for being intelligent and I have to admit it’s true.

Obviously everybody says that their dog is the smartest so you probably won’t believe me. Let me tell you then why I think my dog is so bright. She understands almost everything I say.

Scientists have found out that dogs can distinguish up to 250 words. That’s no joke.

I assume my dog has such a word power. It’s not just that she can follow numerous orders, even complex combinations of them while jumping around. For example I’d say “jump and go, jump again, jump back, stop, wait, jump here, jump there” in quick succession.

You’d think she’ll get confused after the third order or so but in most cases she manages to act accordingly. Remember that she jumps over quite high or difficult obstacles while listening to me.

When someone brags about their latest smartphone model I tell them I don’t need one because my dog has advanced speech recognition.

Obeying orders and reading between the lines

As noted above my dog not only obeys orders, at least as long as I reward her frequently enough with something tasty, but also understands what I say in other contexts. Yeah, I know, I sound like one of those weirdos who talk with their dogs. It’s not that.

It’s when I speak with other people. When I mention the word “dog”, “food” or my dog’s name (which is confidential!) she instantly listens up and comes over to find out what’s going on.

Besides obvious words my dog knows the meaning of most common words like “yes/no”, “me/you”, “go/stay” although I haven’t taught her.

I do not even need to say yes or no, a mumble is often enough or simply some gesture or facial expression. Basically my dog understands me better than anyone else it seems. There’s a reason why they say “man’s best friend” when they refer to dogs. Now as you can imagine having such a genius dog at home can also have disadvantages.

When you mention food for instance or even say “tasty” my dog starts running in circles, jumping around and emitting strange noises that sound rather like some tormented birds. Sometimes there is just no dog food available at that moment, or I simply work and have to focus. Thus we tend to replace common words and expressions with less known ones so that my dog does not eavesdrop on our conversations.

Recently it occurred to me that this dog trick is exactly the same technique I use for headline ideas.

I blog about blogs, social media and search for almost a decade now so that I have to look out not to repeat myself too much by now. Also the niche I cover has too many common words that are hard not to mention, just think about “content, links, tools”.

Some words are so overused by bloggers that I can’t use them at all by now. They have lost too much of their initial meaning and are only evoking stereotypes these days. Whole expressions are already useless, just consider a truism like “create great content”.

Even in case you decide to write an article about it you are up against major publishers.

Being specific but not complicated

Using the most commons and broadest terms is about efficiency but also lack of competition.

When you approach a family member and ask for something you don’t compete against the rest of the world speaking at the same time. On the Web there are countless conflicting messages using the same or similar words. In case they are roughly saying the same, only the most respected sources will get heard.

Fighting for attention against the whole Internet

Saying vegetables or even naming them separately would fool the dog. He wouldn’t understand the latter two expressions. Yet on the Web it wouldn’t work either because it would be too complicated and wordy. You want to get specific but still stay concise and understandable.

Also on the Web you have to compete against myriads of others for attention.

Thus you can’t say what everybody else says (unless you work for the BBC or CNN) you need to add your own personal take on things. That’s also why blogging still works despite that competition. People do not solely want “objective” news, they need the assessment of specialists they trust.

Food is a great example here. When I search for something less obvious I already can witness the fight of authority vs uniqueness in Google:

Please how the huge authority sites, here the BBC and BuzzFeed do not need to be very specific to show up on top. The BBC only mentions “fig” in their title tag and says “food” in general. My border collie could understand that. After hearing “good food” she would jump and run around like crazy as she knows both the words.

on #1, #3 and #5. To me number five is actually the best result because it’s the most specific one and already sounds very tasty. It stems from a specialist site focusing and vegetarian dishes. The other two less generic results are both food sites.

The smaller your site is and the more competition you have from larger ones the more specific you need to become. I wouldn’t click the “fig” result of the BBC in this case. #5 is ma favorite. What about you?