The Next Level of Blogging: Examples of Video-Channels by Bloggers. 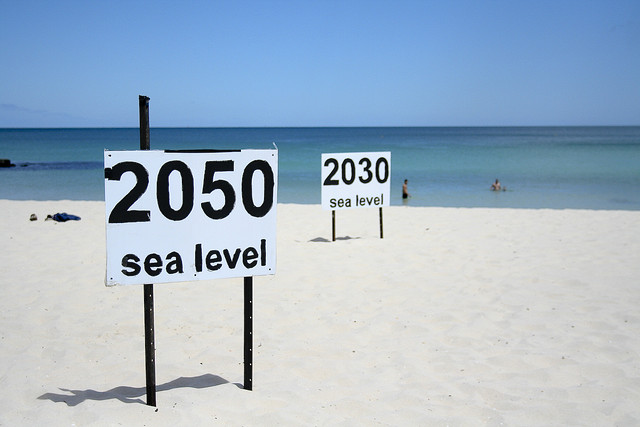 I have noticed that more bloggers are moving onwards to video blogging and cultivating an audience on YouTube.

Here are some examples where there is no need for fancy settings or a lot of preparation from two different niches: personal development and marketing.

The Hype is Over, Now Comes the Real Thing

I know what you think! YouTube? Video blogging? Are you kidding me? Do you want to sell years old trends to me as new? Well, no. The hypes of yesteryear have been long forgotten but nowadays bloggers really start to use video as a means of communications.

Over the years there were many obstacles to overcome when considering publishing videos.

Things like “it’s a lot of work, you need expensive equipment, attractive settings, high level editing” to name just a few. True, some people, especially those who can afford to hire whole teams for their videos are really creating content like this. Yet, a lot of people out there make videos with affordable cameras at home without special effects.

Yes, now that the hype is long over the actual shift takes place for real. Bloggers are seemingly not satisfied with only writing anymore. They want to talk with us and show us who they really are. I have found some excellent examples of high quality blogs that are successful on YouTube now.
Lavendaire by Aileen Xu

Lavendaire is a personal development blog and video channel run for roughly a year by the highly inspiring Aileen Xu. I discovered her channel just a short while ago after watching similar ones for a while on YouTube. Then hers got suggested to me. I subscribed after the first video.

Aileen manages to combine blogging and videos very well. Some other video bloggers tend to focus mostly on YouTube, build their audience there and neglect their own blog. Aileen displays her videos not only on the blog but also transcribes the most important points of each. She creates a short but already helpful blog post that can be read by itself or in combination with the video.

A good example of combining blogging and video is the Lavendaire latest productivity series.

Aileen offers valuable productivity advice on her blog without the fluff as text but also makes the video good to watch by adding extra context. Also note how she uses images for her posts so that neither text nor video are the only content. It’s usually an image of herself that appears to be a video still but has been apparently made in a higher quality than the video as a standalone photograph.

The videos itself are mostly recorded in her bedroom. She’s only talking to us while sitting on a bed. There is nothing else to see. Yet it’s perfectly enough. To be honest even less would suffice. An empty room and a wall are less distracting and let you focus on the face, voice and message.

Jay Baer of Convince & Convert is a well known marketing blogger for years. To be honest he’s all kinds of things including best selling author, keynote speaker, consultant and coach. I just recently noticed his video channel which ran a series called Jay Today already for over 6 months when he covered the topic of search engine optimization by asking “Is SEO Still Relevant?“.

I expected another clickbait telling me that SEO is dead or something but couldn’t resist to click anyway. I wasn’t disappointed. Instead of trying to trick his viewers Jay Baer offered a very down to earth and matter of fact assessment based on stats from LinkedIn.

While the Convince & Convert blog is by now a group blog with several writers involved his videos are solely about Jay Baer personally and his take on things. No wonder the moniker of his video podcast is “Jay Today” and not “Convince and Convert Today”. Watch his introductory video. It’s just 15 seconds long and it’s filmed outside, maybe in his garden.

Mr. Baer manages to really intrigue us into watching more without any advanced technical voodoo. It’s just him, or mainly his face and his his way of speaking.

When watching a recent video you’ll notice that he got more professional with a sleek intro including music for example. The main focus is on him and his views though. He limits the videos to three minutes which is a wise choice. Longer videos tend to have a growing abandonment rate.

Kenton Whitman published his Zen-inspired self-development blog already for many years and literally stopped a year and a half ago. Instead he focused on his monthly “Mindfulness Moment” email newsletter and recently on his video channel. I’ve been a regular reader for a long time despite the lack of popularity of his blog.

Kenton never went for spectacular lists posts or other more flashy marketing tactics that other self improvement publications have used frequently.

Staying true to minimalist Zen philosophy Kenton focused on a local “ReWild University” program instead of trying to sell books or become an influencer online. Nonetheless he started posting videos on YouTube a while ago and I subscribed to his channel after he mentioned one of them in his newsletter.

The ReWild University site a WordPress based itself. The videos he makes get embedded into a larger blog post explaining each issue in depth in text form as well. Kenton is not your usual nut job of survivalist or the noble savage he might look like. He’s combines the best of both worlds by using technology to make us aware of nature and it’s challenges.

He actually makes a living as a guide through nature who helps average people like you and me to become accustomed to nature again and gain back our self-confidence through it. After all we have lost a lot through civilization despite all of its convenience rather because of it. He covers everyday challenges too, like taking cold showers so that we don’t freeze in winter or trying to eat no sugar for at least one day (I tried both).

So the videos are made either outside in the snow or in the shower accordingly. In many of them he is just speaking though. No gimmicks needed. The “Sugar Challenge” is a good example of this simple technique. The only thing he added is the huge list of food industry names for sugar.

More Channels to inspire you

Koozai and Infinite Waters and two more excellent examples of YouTube channels. These two are already publishing much longer though and the connection between blogs and video channels is less apparent. That’s why I haven’t used them as the prime examples.

They are both pretty consistent and successful audience wise on YouTube so make sure  to check them out.

Koozai are our colleagues from the UK also doing marketing. Infinite Waters (Diving Deep) by Ralph Smart is a very popular personal development channel with more than 200.000 subscribers by now. That’s a lot even or that niche. Ralph adds videos almost daily. He simply speaks and smiles in them. Sometimes he records outside but that’s it. Not a lot of fuss here.

Koozai have added a lot of videos throughout the years. Some of them have tens of thousand of views. That’s a huge number for a niche topic like marketing. After all it’s just them talking in front of a blackboard.

The Risk of Dependence from Google/YouTube

Hosting your videos solely on YouTube is risky for various reasons. It’s not only about putting all your eggs into one basket. Some videos get censored for copyright reasons in some countries. Germany (where I live) is especially a bad place for YouTube users.

A lot of videos get completely demoted for containing copyrighted music when thy use it as the background sound.

So while audience building on YouTube is easier than elsewhere – after all the largest audience is already there waiting for content – you may want to spread your videos using more than one site or service.

JayToday is a good example here. You can view his videos using three different tools, YouTube is just one of them, iTunes is another and a mobile app the third choice. You don’t have to change the platform completely, just use different video sites on the Web, Vimeo and Facebook allow uploading and hosting videos as well.

How Can Freelancers and Small Businesses Compete With Corporations?