Unorthodox Practices to Get Attention. 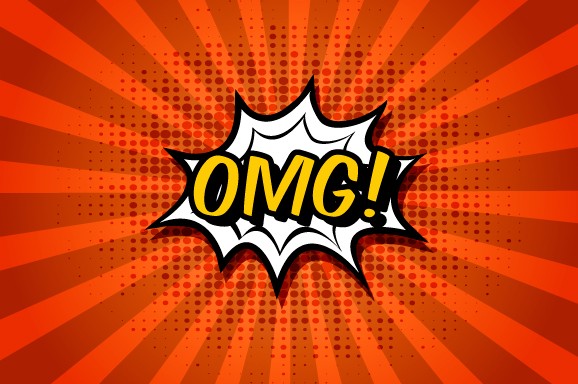 Yes, I could have said “unusual ways” but I haven’t. Sometimes using uncommon words can catch the attention of potential readers.

What are other practices to cut through everyday dullness of the average frustrated John Doe procrastinator?

Trying to make life a bit more meaningful? How to stand out from myriads of “me too” content pieces?

The complications of simplicity

Yes, sometimes it as simple as using a complicated word. Yes, we get inundated with shallow tips, lists and how tos.

Just adding another flake to that avalanche is redundant. Let’s try to come to rescue to those buried underneath.

Previously I have written how to overcome this boring headline syndrome by letting your dog help with blogging. I wasn’t kidding. When your content is so basic that even a dog can understand it many people will invariably ignore you.

You can’t dumb down forever. You need to find the balance between writing for the masses and staying among the experts. One of my favorite examples of simplicity is Feed the Bot by Patrick Sexton – a site that explains SEO to people who don’t even know what the acronym means. While using common, even funny language the site maintains a high level of expertise and integrity. There are no “tips” here.

The site is explaining each of the Google Webmaster Guidelines without using unnecessary cryptic industry terms where possible. Yet it’s headline or rather title might appear more complicated than average “Top SEO Tips for Beginners”. It actually says “How to follow the Google webmaster guidelines”.

You might argue that a content rich site like this takes too much work and needs a huge team of professionals. As far as I understand only one man – Patrick Sexton – is creating all the content himself. Thus you can stay user-friendly and understandable while not using the exact same narrative that everybody else does. Simplify – do not dumb down. My most successful post of all times deals with a decade of mistakes I have made. Most people are afraid to look stupid and do not admit that they have failed. The fastest way to learn is from mistakes. You can also learn from the mistakes others made. You don’t have to feel the pain yourself each time.

How many posts get published every day shouting at you: how I made this or that, 100k visitors here or 1000 sales there. Looking at many of the blogs that have published some success stories over the years and subsequently disappeared altogether I realized that such one time meteoric rises are not usually sustainable.

Growth is rarely the result of a hack. You need to endure the slow and tedious rise to reach the summit. I’m not only talking about the mountains here. It’s the same in business. Miracles do happen sometimes but just because they did does not mean you can easily replicate them. Prepare for the long haul and stay committed. I’m still here, even after a decade, despite all the setbacks.

It’s not just me of course. A public apology for doing black hat SEO in the past has been one of the most popular articles originally published on Inbound.org these year. The article by Jeff Deustch of Ptengine of  is called “Confessions of a Google Spammer“.

One of the main problems with optimization for search and social media is that you can end up with huge headlines and articles trying to please everybody. As all marketers are applying the same techniques you also tend to just create more of the same “me too” content by adding even more of the old ingredients.

Consider this: what is better when you face a problem, someone who tells you a really long story, cites a lot of sources and provides you with a huge amount of statistical data or someone else who can provide a quick solution right away? On the Web it seems every publisher attempts to overwhelm you with sheer size.

It’s even possible on the headline level. Headlines containing 12 or more words are statically less prone to be clicked yet marketers try to add more and more things to them. Studies have shown that six words headlines have the perfect length for social media engagement. Consider using one word headlines. No joke.

In the end you’ll use maybe three to five words but at least trying to keep it short will result in much more readable headlines. Mine can even be an example here as well, it has 5: Unorthodox Practices to Get Attention. Purple Cow Seth Godin does that all the time and gets traction. One of the most obvious but also riskiest ways to get attention is making people laugh by using humor. The key to reaching a large audience without ostracizing most other people is to use humor inclusively. Inside jokes and puns only a minority understand are bad enough, but jokes that ridicule whole groups of people (women, Poles, SEOs) are even worse.

Ideally you laugh at those who are so powerful they are beyond reach. Even ins Stalinist times people used humor to spread dissident voices. I love to ridicule Google for example and it works fantastically when I really manage to strike a chord. Many people face frustrations when dealing with Google so poking fun at the domain search corporation allows them to vent without anger.

Find something many people understand and have in common while they are not really able to do something about it or even speak about the issue in a satisfying and not embarrassing way. I already mentioned how my parody of Matt Cutts and his guest post on my blog worked in a hilarious way. Many people even mistook the seemingly obviously fake article for being real as I only stretched the truth a bit.

An excellent example is also the April Fools post by VWO on a topic that usually only reaches the geekiest marketers: so called A/B testing. By adding humor to a bland topic Mohita Nagpal managed to get many more shares on social media than such expert content would get usually: * The OMG image has been made by the team of Freepik